This weeks interview with SKYFLY DJ Alexander Wynen, he shares his top tips on how to get the best out of your wedding DJ

What made you decide to become a DJ

The ability to create a great party and make people happy gives me an enormous sense of happiness and an energy boost.

When did you start playing?

I started playing back in the early 80’s, with two record players behind the bar of our bar/restaurant in Holland. Ever since then, I was intrigued by the effects of music on atmosphere and mood. Years later I picked it up again, first on an amateur level and later more professional as I was often asked to play at parties and corporate events.

What kind of music do you play?’

Everything that makes for a great party. As a DJ I’ve learned to set aside my own preferences and prejudices. Everybody responds differently to music, and it is not my job to be judgmental about it. Sometimes I play music that I do not particularly like myself, but seeing the right response on the dance floor makes it a joy to play.

Of course I play from a library of songs that have proven their value over time. Based on my clients preferences I construct a set that reflects their taste and at the same time ensures a good party 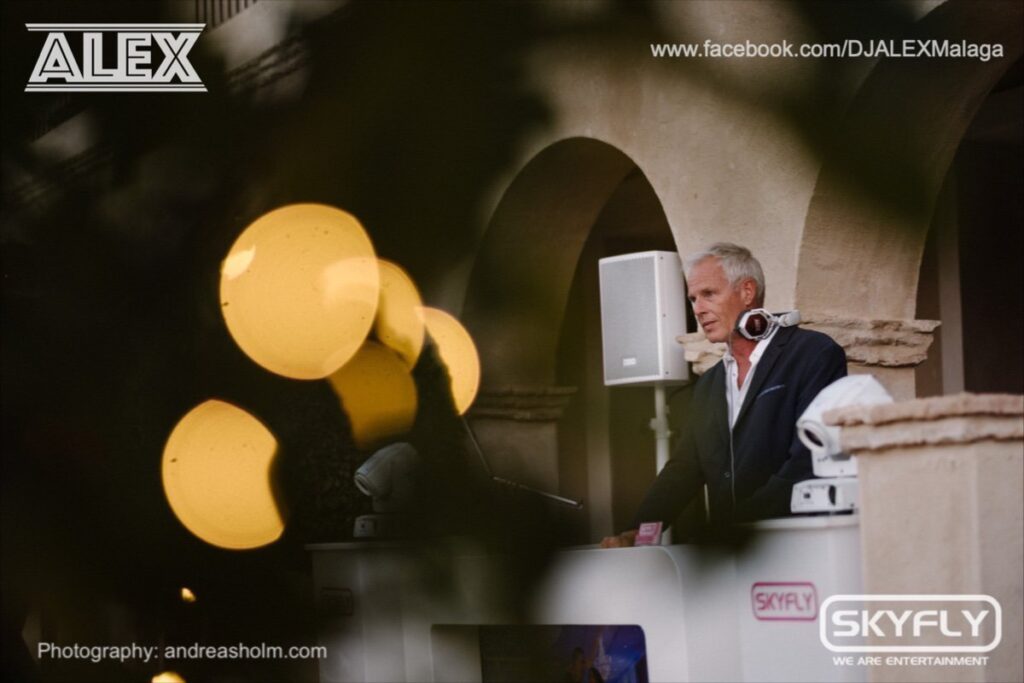 What is your favorite music period and why?

Why did you decide to specialise in weddings?’

After the first couple of weddings that I did for a DJ company in Holland, I was told that I received extremely high reviews. That gave me the confidence to do more weddings. And although being a wedding DJ is much harder than other type of DJ-ing, the gratification I get out of it is unparalleled.

What’s it like to have you perform at a wedding?

over their ideas and wishes. I will ask them what special songs they would like to be played and which ones are ‘black listed’. We will discuss how to deal with requests and other practicalities that need to be sorted out.

On the day itself I will arrive in time to set up, meanwhile trying to be discreet and as possible. I will be well-dressed, polite and had working. I am not the kind of DJ that uses the microphone a lot. Of course I will make announcements whenever needed, but I will not act as an MC to hoist up the crowd. It goes without saying that I do not drink alcohol while on the job.

What kind of packages do you offer for weddings?

It is possible to hire me from ceremony till the last dance. I will play suitable background music when the wedding guests arrive, I will control microphone volumes during speeches, play background music during reception and diner and I will rock the dance floor until the very last dance. 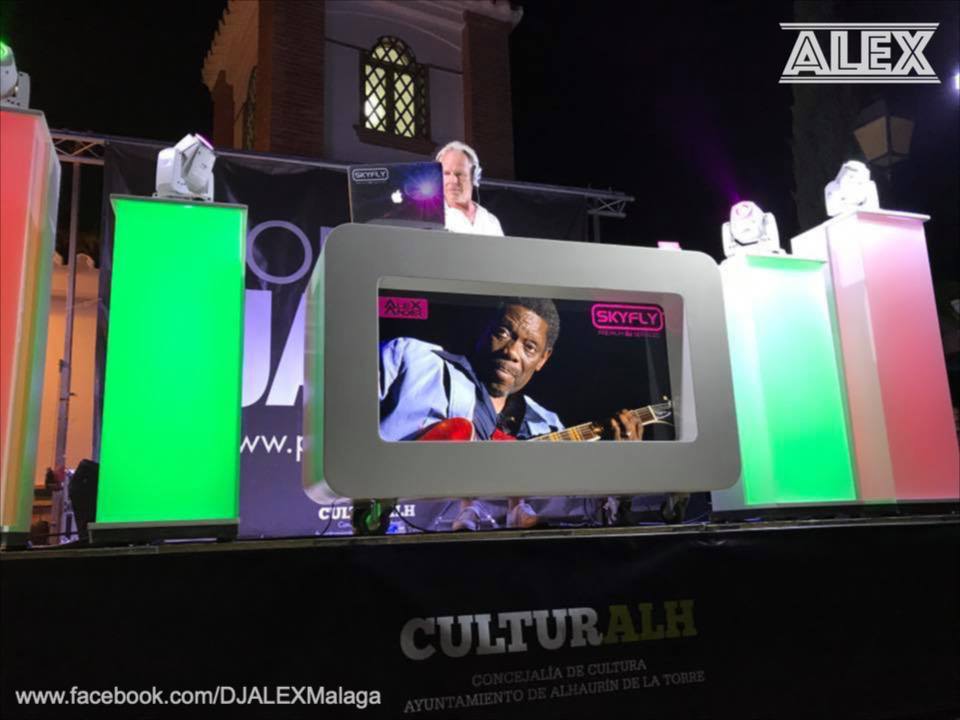 I am precise, accurate and well prepared. I like to communicate well with all parties involved to ensure a smooth execution of the wedding day.

The feeling that everything goes exactly as planned and everybody is relaxed. Then when the dance floor is full, and that first wave of ecstasy is tangible. That is when you know that you have contributed to another couples most beautiful day in life. That’s what keeps me motivated.

Why should clients use a DJ for their weddings?’

It’s a very personal choice but especially for the younger generation, that grew up in a club culture with predominantly electronic dance music, it makes more sense to have a DJ because he or she can connect to this much better than a band can. A DJ can play all the right songs exactly as they like them and they can even request for certain remixes or edits of a particular song.

What advice do you give couples when they are choosing a playlist for their wedding?

Think about the parties you’ have had with the friends that are also present at your wedding and list the top 25 songs that represent those moments. Try to include songs of different genres and if there are older guests present, also include some songs for them. With about 25 songs, a good DJ has enough information to know what you like and he will be able to fill in the blancs to work it all into one coherent set. Also, think about special songs, like a first dance, a follow-up song for right after the first dance and a last dance.

How do you find the right balance between old songs and new songs?’By knowing which songs serve as bridges between styles and periods you can easily switch back and forth from old to new songs and vise versa. Also playing well produced remixes of classic songs is a very good way to please all generations.

What’s the most recent song you’ve added to your standard set?Goody Two Shoes by Adam Ant. It’s an oldie that I recently rediscovered and I can’t wait to try it at the right moment and for the right crowd.

What’s the weirdest song you’ve been asked to play?

As an international DJ you get to play the weirdest songs. This year I did an Arab wedding and I was mixing songs that I couldn’t even read the titles of. But everybody was exited so I didn’t care to much about it.. 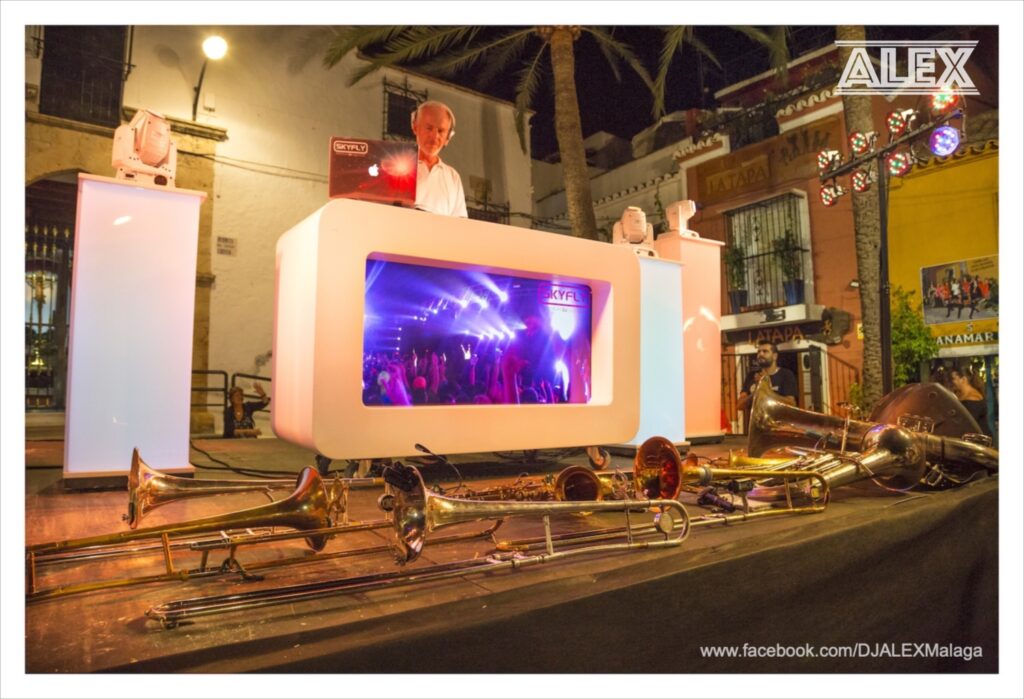 ‘Are there any songs you think people should avoid having played at their wedding?

‘The music that is being played when your guests are waiting for the ceremony to start, is very critical. It’s important to check the lyrics and to make sure that they are not about breakups and other miseries.

In general a wedding is a day to celebrate love and life. Music should support this happy vibe. Of course not every song is a love song and to build up a party it is often necessary to play music that maybe is about less joyful subjects but still does the job. I would, however, stay away from heavy metal, grunge and the likes unless a majority of your guests is into that.

What songs gets requested the most?

Hard to answer. It differs per nationality. But there are some wedding classics that are requested a lot like Ed Sheeran’s All of Me and Bruno Mars’ Treasure. I gotta Feeling by the Black Eyed Peas is another example.

What’s the best song to get people dancing?

I like to throw in Blurred Lines as follow up song after the first dance. Works every time. It still has a certain modern freshness to it and it is also liked by older generations.

What’s the song you’re most sick of playing?

‘Maybe Paradise by the Dashboard Light by Meat Loaf. Even though I carry very special memories in my heart of it, the song is worn out over time.

If a couple are struggling to find a first dance song what advice do you give them?

‘Not to worry too much. A first dance is not what it used to be and it can be any shape or form that they want it to be. I always tell them that in case they do not do a complete dancing routine, to limit the first dance to a max of 2 minutes and then fade in to the next song where everybody is invited to join. For inspiration

What’s the best song to wind the party down at the end of the night? My advice would be to build up to a final high energy track that represents the taste of the bridal couple and then to bring it all down with a carefully selected slow song. To get everybody to gather on the dance floor around the couple. A total merger of symbolism, emotions, friendship and love.