An Interview with Magic Al…

If you are thinking of adding an epic entertainment twist to your Spanish destination wedding celebrations, then look no further. Today’s interview is with the Costa del Sol’s legendary Magic Al, a highly acclaimed magician, whose approachable style and natural affinity with people have made him a firm favourite with bridal couples from all over the world who come here to get married. 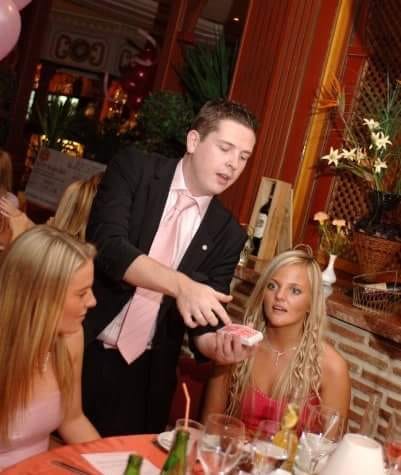 I moved to the Costa del Sol in 2004, but before that I was performing magic part-time in the UK, where I became a member of the Magic Circle. When I was younger, I often visited Spain on holiday with my parents, then as the years went on, they decided to move over here permanently and I needed little persuasion to join them.

After a year I was in the fantastic position of performing magic full-time in the restaurants dotted along the Spanish coast. There was little internet back then so I achieved this all by word of mouth, and the venues getting to know me and vice versa! Eventually, I met a wedding planner, and the rest was history…

My love of magic started when I was 8 years old and visiting a shopping centre back in the UK. There was a guy there performing and selling magic tricks, and I was amazed by what he could do. My parents bought me some of the tricks and we kept returning every year to see his new acts and stock up on more. Around that time I became playing card obsessed! It was just something I loved to do as a hobby and I soon discovered that I had a natural ability to perform card tricks. Again, technology didn’t abound back in the day, which meant you had to study tricks in books if you wanted to become proficient, and so myself and a friend immersed ourselves in learning all about card tricks this way. 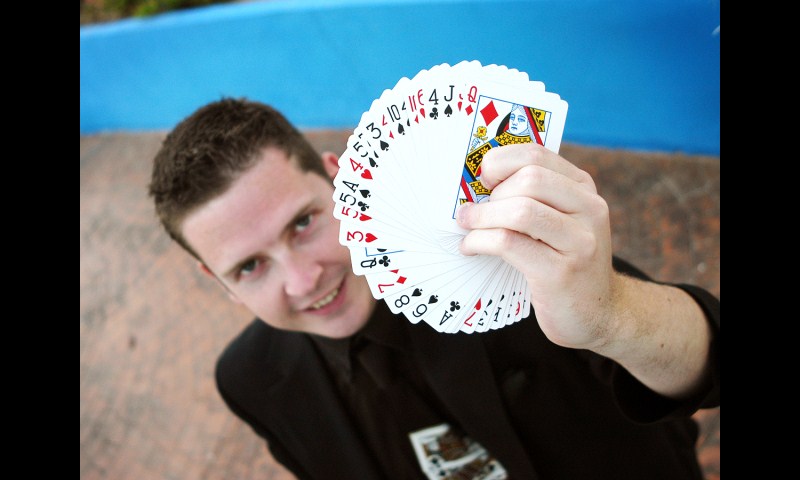 My skills and approach come naturally to me and are an extension of my personality and interests in magic. I am quick thinking and easy going; a little like Tommy Cooper I guess in that I will laugh at myself and don’t take anything too seriously. I have learned to perfect the art of reading an audience before I approach their table, and, believe it or not, I relish the challenge of a heckler! It’s so much fun to turn things around and surprise them…

I would brand myself a street-style magician. I love close-up magic of the David Blaine ilk. I’m a talker, as much as an entertainer, and I prefer to be with people as opposed to up on a stage. My comfort zone is very much interacting with others. When I was 17, I started to realise I had a gift and that’s when everything truly kicked in. I began to perform part-time, engrossing myself in the illusions of the great street-style magicians on TV, then I visited magic shops and talked with the magic dealers to learn everything I could about my craft. 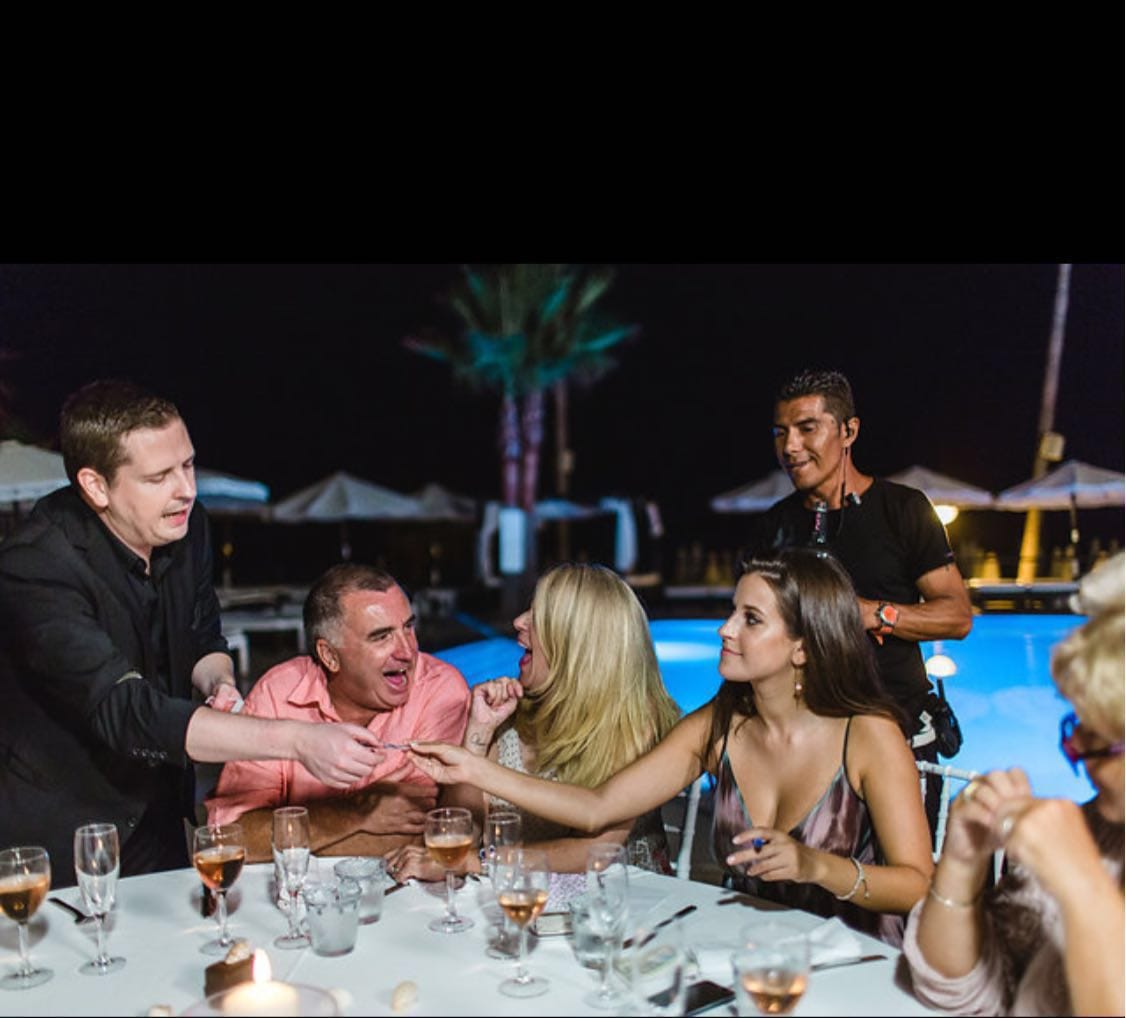 When bridal couples contact me with a view to booking me for their wedding in Spain, they have usually seen videos of me performing via my website or Facebook page. My job on their special day is to make sure they are as relaxed as possible. They are the VIPs so, unless they request a different arrangement, I will make a visit to their table first (if I’m performing during the reception), and then I’ll start my repertoire. Often this will be a quick trick to impress, such as turning a lottery ticket into money… or a card or coin trick. From the top table, I will move on to the rest of the bridal party, typically spending ten minutes or so with each small group.

Alternatively, I can be booked for the cocktail part of the wedding day, or even both. I can also perform in Spanish. 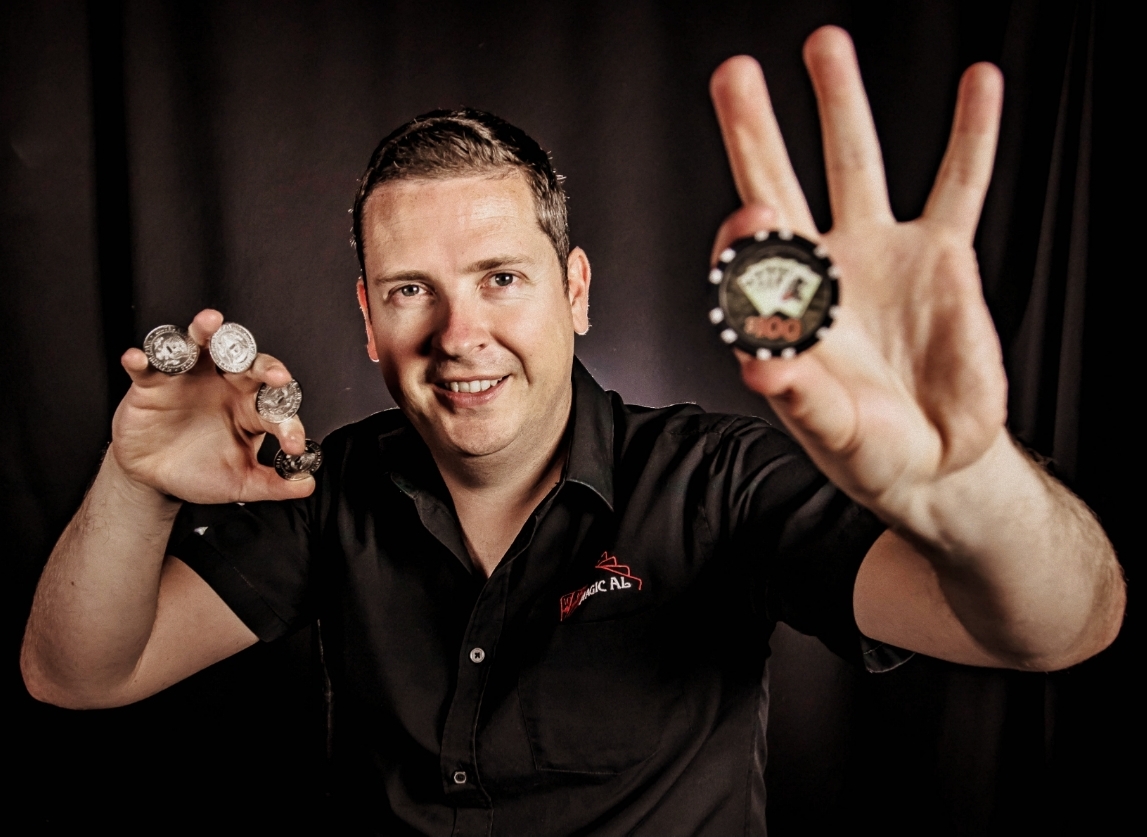 I’ve entertained a number of famous people over the years with my magic. One of the most nerve-wracking occasions had to be when I performed at a private event for Sarah Ferguson, Duchess of York, and her daughters, Princesses Beatrice and Eugenie. The Duchess was really cool though and my nerves soon turned to adrenaline once I realised everyone was amazed! It’s also been an honour to perform for international darts players, such as the legendary Phil Taylor and his competitors. Some of the other famous faces I have been privileged to perform magic tricks for include musician Ronan Keating, MotoGP world champion Carl Fogarty, footballer Harry Redknapp, the late footballer Alan Ball, and the late comedian Freddie Starr. The latter was so wonderfully down to earth, kind and funny.

One of my fondest wedding memories definitely has to be the time I performed some magic for the wedding guests at a party, when one of the males randomly jumped in the pool, fully clothed shouting ‘Oh, my God! That’s unbelievable!’ It was such a funny moment. 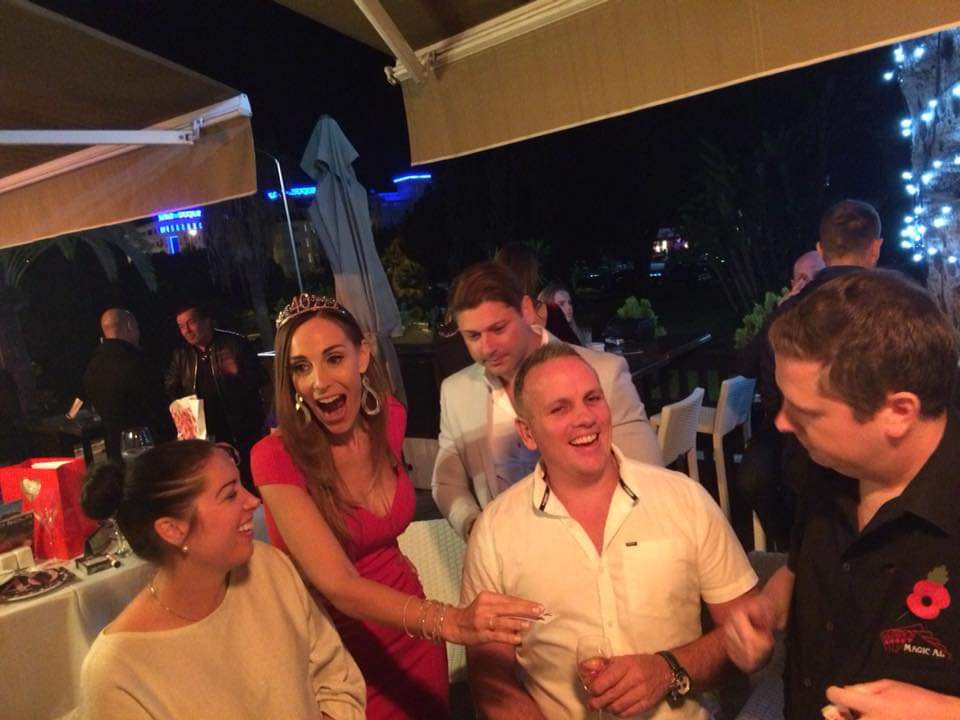 Outside of wedding season (and prior to the pandemic) I was performing at a number of venues on the Costa del Sol, many of which have gradually re-opened, their business hours slowly able to extend. And I’m a regular performer at the fabulous La Sala in Puerto Banus. Yes, the social distancing rules surrounding Covid have meant that I have needed to make small changes to my performance style and routines, but I am happy to say that I am still able to perform magic in person, which is the main thing. I can’t wait until weddings are back in full swing. It will be amazing to get some normality back, as well as the freedom to perform in my usual way.

Wow to all of this, Al! Thank you so much for taking the time to talk with us, sharing an insight into your fascinating world. Sunshine Weddings Spain can’t wait to work with you at more Costa del Sol wedding celebrations, seeing you in action dazzling the guests.