A Love Story From The Beginning

Sona and Paul held their wedding in Old Town Marbella, first taking their vows in a quaint picturesque chapel in Marbella before moving on to their family-orientated reception in the Old Town. Sona shares with us the proposal details, the ceremony and the after party. 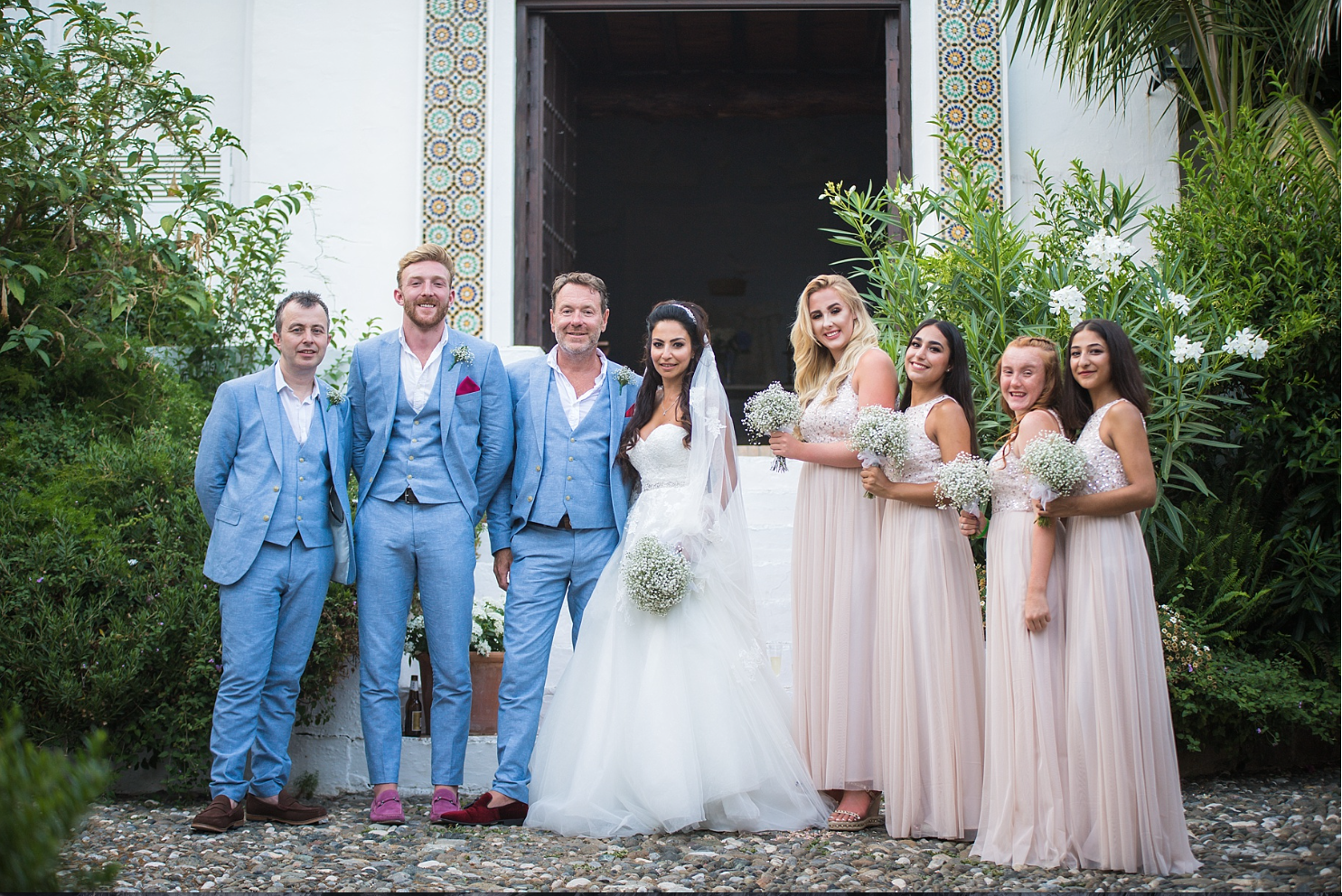 How It All Started

The best part of our story is how we met. Yes, you guessed it: we met on holiday in Marbella, so Marbella holds a very special place in our hearts. Paul also proposed here, so it was the obvious choice for our wedding, the place where we found each other.

We were both on holiday with our families at the same resort in Marbella. I became friends with Paul’s sister and mother at first, and didn’t meet him until the last day of my trip.‘ Apparently his sister Sue had asked him what kind of woman would be his perfect partner, and after hearing his reply she told him she had already found “the one” for him. Sue introduced us on the last day and, being in sales, I wanted to sell to his company, while he wanted get to know me. We hit it off instantly and the rest is history.

He had planned to propose at Orange Square in the Old Town, in my favourite little chapel. However, by the time he got the courage to do it the chapel was closed. Not to be deterred, he got down on one knee outside the chapel, and we received a standing ovation from the people dining in the area, which was beautiful. 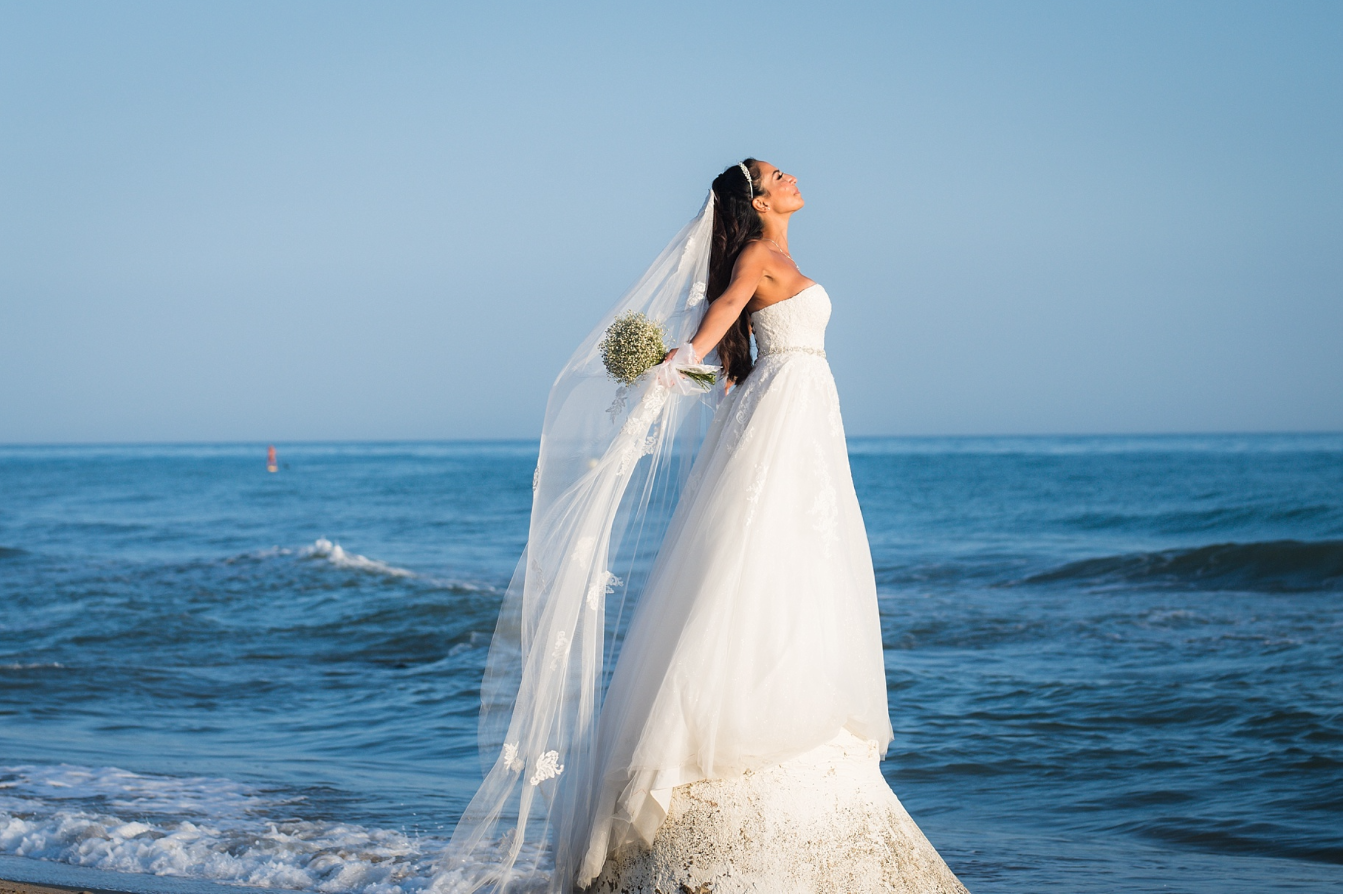 Shona my florist hand tied Gypsophila with white satin ribbon to create my beautiful bouquet. My hairstylist Alex created a dramatic half-up do, leaving soft waves trailing down my back. The height on top really helped show off my delicate diamond hair accessory. For makeup, Liza kept my skin looking bronzed and glowing, while the smokey eye and nude lip added the wow factor.

We did not see each other on the day itself until I walked down the aisle. This made it even more special. It was the anticipation of seeing him waiting for me that made it so emotional for us. Every single moment was perfect.

Our ceremony took place in a charming hacienda-style chapel that is in a traditional Pueblo Andaluz. It is completely isolated from the noisy atmosphere of the Marbella town centre and‘ exudes bygone charm. Boasting wooden pews and a traditional altar, this chapel is pure storybook romance. 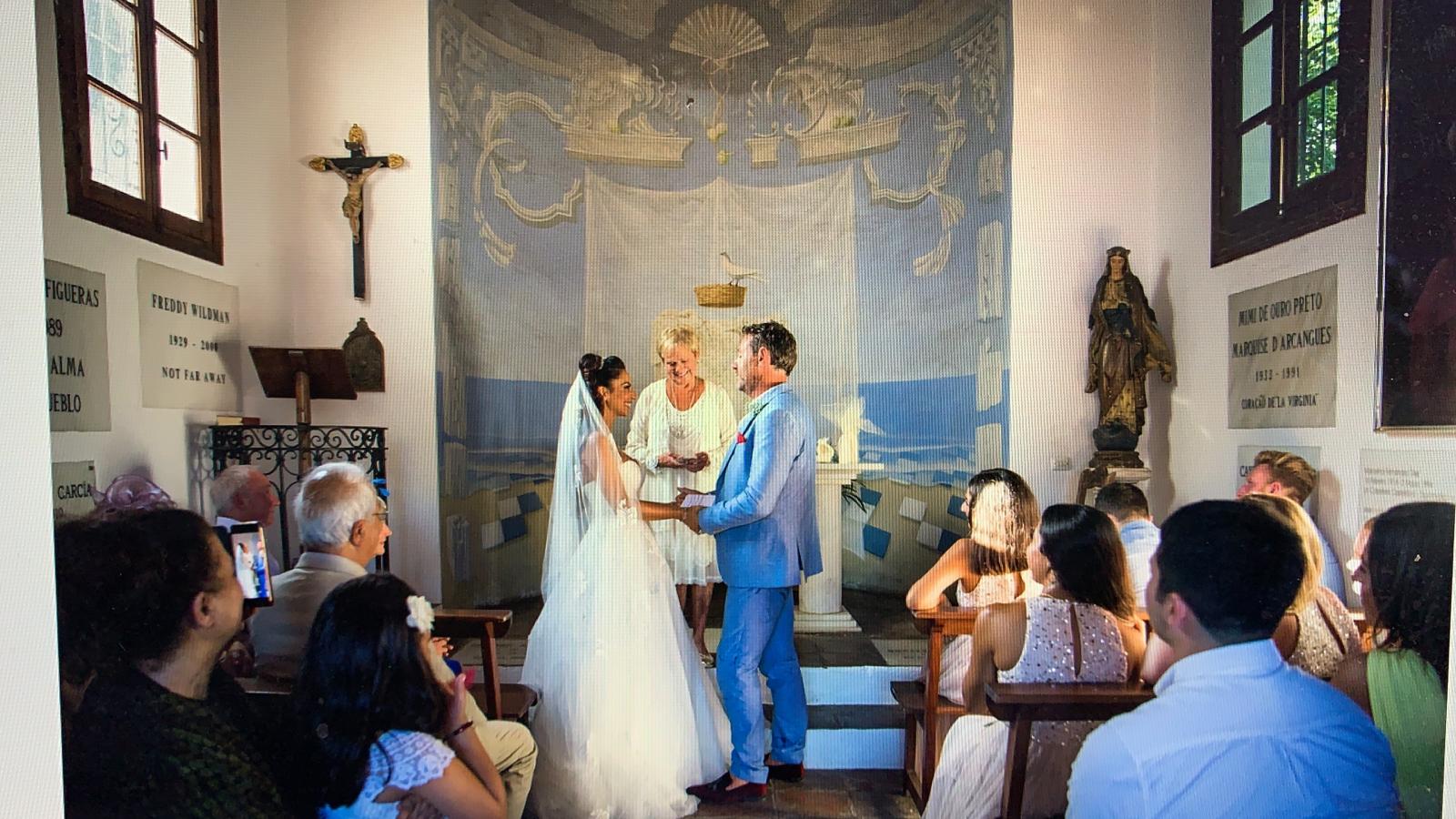 We incorporated Iranian traditions, with the bride and groom sitting beneath a canopy which is held up either by female family members or, in modern weddings, by the members of the bride’s bridal party. This canopy signifies that the bride and groom are now combined under the same umbrella or roof. After the consent has taken place, the groom picks up a jar of honey (asal) from the table. He dips his little finger into the jar of honey, and feeds it to the bride. She then does the same for him. This is to symbolize that they will feed each other sweetness and sustenance throughout their lives together.

After the ceremony we took photos with super-talented Rebecca Davidson along the cobblestone pathways and squares and beneath archways covered in colourful bougainvillea and fragrant jasmine.

Our reception took place in a unique restaurant located in the old town of Marbella in one of the oldest houses, dated 1502. At that time the house was owned by the first mayor of the centenary village.

Because of the great layout of the restaurant, you can celebrate your wedding in different areas; we opted for their secret garden patio. From the outside, you would have no idea how beautiful the patio is. Our guests’ faces were a picture.

The menu was varied, original and creative, mixing traditional and organic food‘ much of it sourced from the owners’ own vegetable patch in Marbella.

We couldn’t have asked for a better day and a better wedding. A big thank you to Sunshine Weddings for making all our dreams come true. 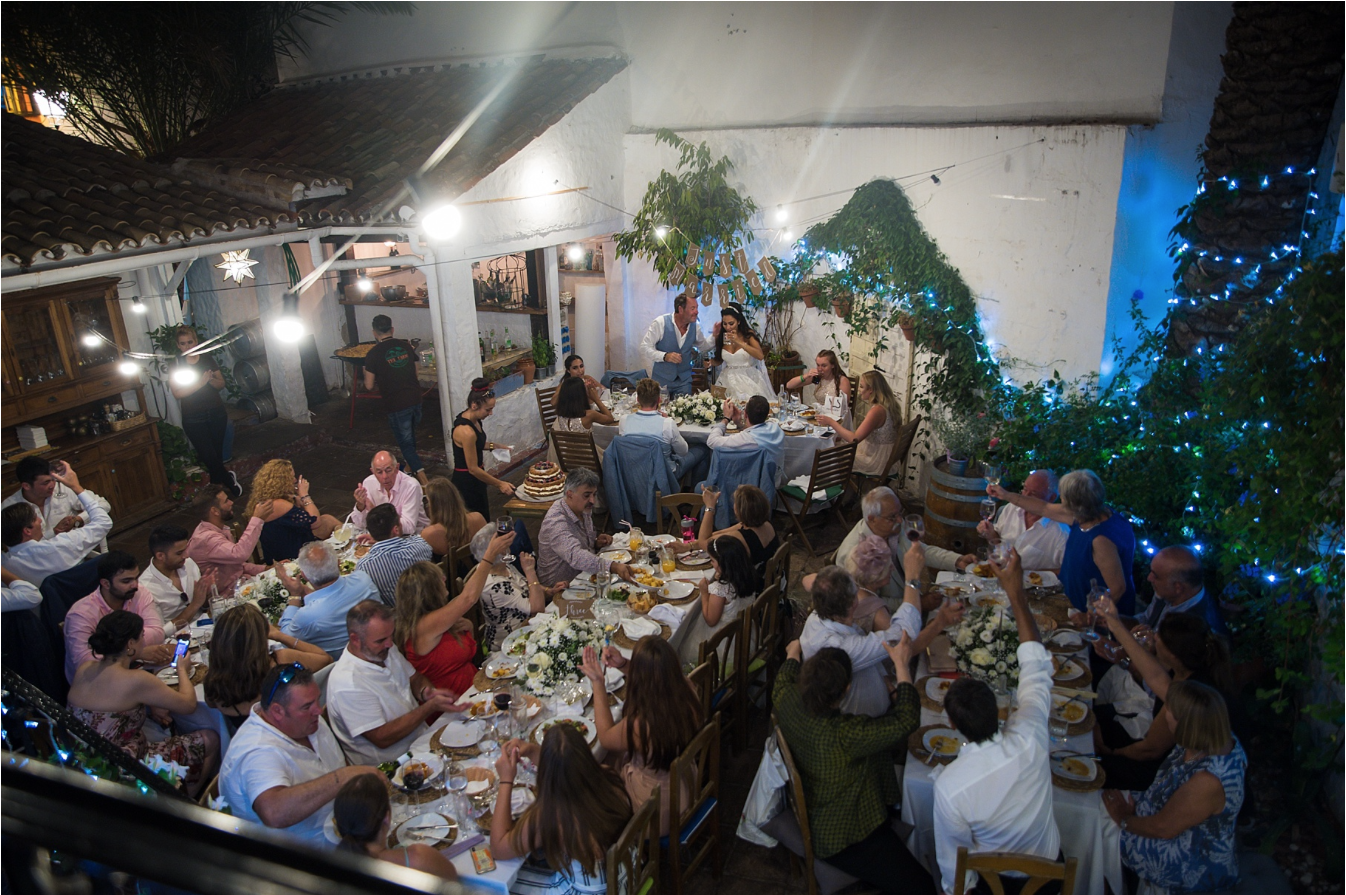