My shoes were the Valentino Rock Stud in cream and rusty pink. They are the most beautiful shoes ever! My veil was from the Olympia Wedding Fair, so I got it for a fraction of the price that I would have paid in any shop. It was cathedral length and covered in crystals and pearls.

Nick couldn’t get enough flowers – he just wanted flowers everywhere. We decided to have a big flowered arch for our ceremony, which was moved later to the main garden area where we had a marquee.

We chose the funniest guy in Southern Spain to conduct our ceremony. Padre Peter knew the right things to say and do to make our guests feel welcome and to help us stay relaxed. During our ceremony we included a reading of a poem called “The Best is Yet to Be” by Ashish Gutgutia. We also partook in the joining of coloured sand, which was deeply meaningful as once the two colours are mixed together you would not be able to separate them. 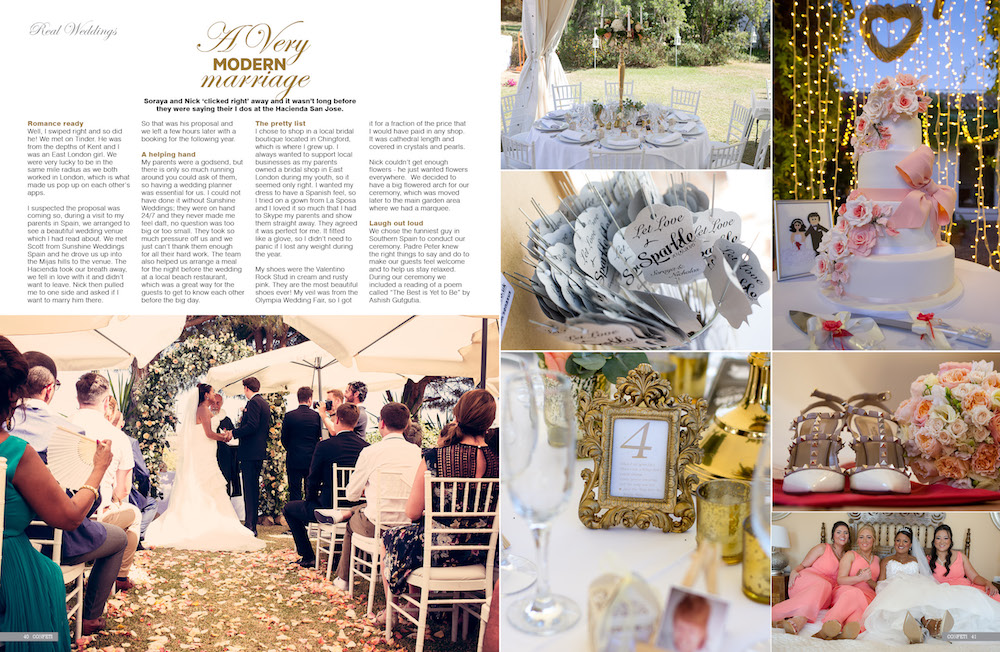 I’m in the mood for dancing

Our Spanish guitarist Nano, played music before the ceremony and I walked down the aisle to ‘Close To You’ by The Carpenters. The evening entertainment was the female DJ, Kmiss, who is a great crowd pleaser. We had family who had flown in from Mauritius for the wedding and she included some Indian songs to keep them up dancing. Spanish law meant we could not play music outside after 11pm, so we moved the DJ into the Hacienda’s nightclub, where the dancing continued into the small hours. 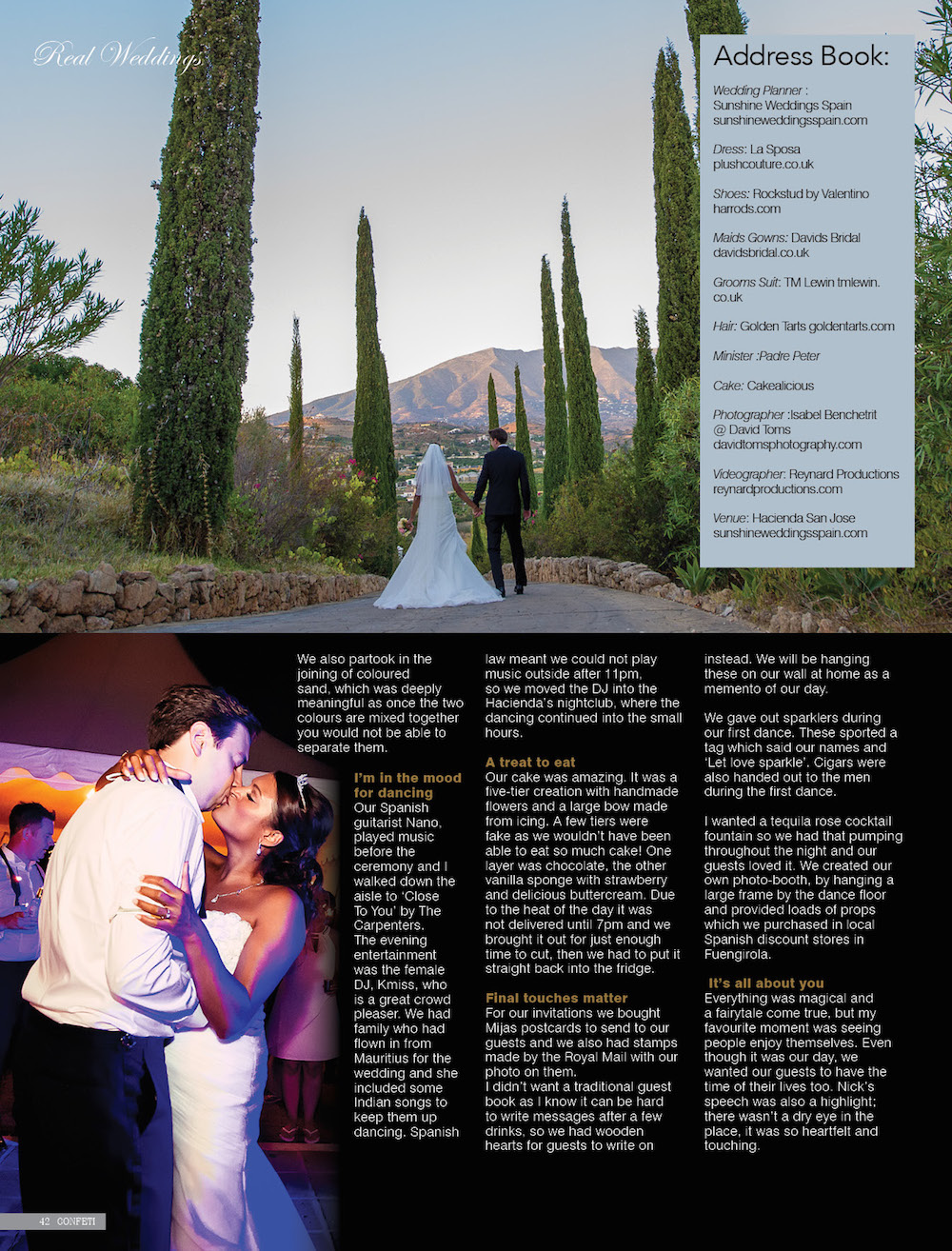 A treat to eat

Our cake was amazing. It was a five-tier creation with handmade flowers and a large bow made from icing. A few tiers were fake as we wouldn’t have been able to eat so much cake! One layer was chocolate, the other vanilla sponge with strawberry and delicious buttercream. Due to the heat of the day it was not delivered until 7pm and we brought it out for just enough time to cut, then we had to put it straight back into the fridge.

For our invitations we bought Mijas postcards to send to our guests and we also had stamps made by the Royal Mail with our photo on them.

I didn’t want a traditional guest book as I know it can be hard to write messages after a few drinks, so we had wooden hearts for guests to write on instead. We will be hanging these on our wall at home as a memento of our day.

We gave out sparklers during our first dance. These sported a tag which said our names and ‘Let love sparkle’. Cigars were also handed out to the men during the first dance.

I wanted a tequila rose cocktail fountain so we had that pumping throughout the night and our guests loved it. We created our own photo-booth, by hanging a large frame by the dance floor and provided loads of props which we purchased in local Spanish discount stores in Fuengirola.

It’s all about you

Everything was magical and a fairytale come true, but my favourite moment was seeing people enjoy themselves. Even though it was our day, we wanted our guests to have the time of their lives too. Nick’s speech was also a highlight; there wasn’t a dry eye in the place, it was so heartfelt and touching.