An Interview with Gareth

Our special feature today is with one of southern Spain’s most sought-after wedding ministers. Gareth has been officiating marriages all over this beautiful part of the world for the past few years, and it’s an honour to find out more about his role, and some of his favourite moments carrying it out: 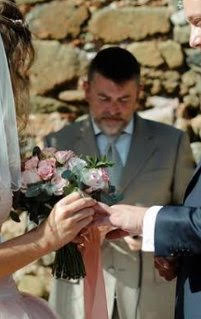 Southern Spain has to be one of the most beautiful locations in the world. What first drew you to live and work here?
I originally moved to southern Spain somewhat by accident. Having studied Russian at University but having not used it for some 15 years, I was planning to move to Saint Petersburg in order to brush up on my language skills with the idea that I might use Russian in my career. In order to do that I needed to get a copy of my birth certificate, so I called my uncle to give me a hand with that as I was struggling to reach the hospital where I was born in Ireland. He asked me why in the world I wanted to move to Russia. My uncle convinced me that life was much better in the south of Spain, where he had a real estate business and so it was that I found myself on my way to Malaga for a short pit-stop. A few days later I had an interview at the Marriott and was offered a job… and the rest is history.

How many wedding ceremonies have you conducted on the Costa del Sol?
At last count, I think I have conducted around 55 ceremonies.
Every wedding and every location for a ceremony are not only special, but incredibly unique. But which of those places, and moments in time, have lived on long in your memory on a personal level?
I would say my strongest memories would be the two weddings that I was invited to minister for two close friends of mine and their betrothed. These were quite emotional. The others that come to mind were where I got to use my Russian language skills, and read some passages in not only Russian but even Macedonian as well! That made for a special experience for some of the family members and a few tears were shed, as in each case, those elements of the ceremony were a complete surprise. 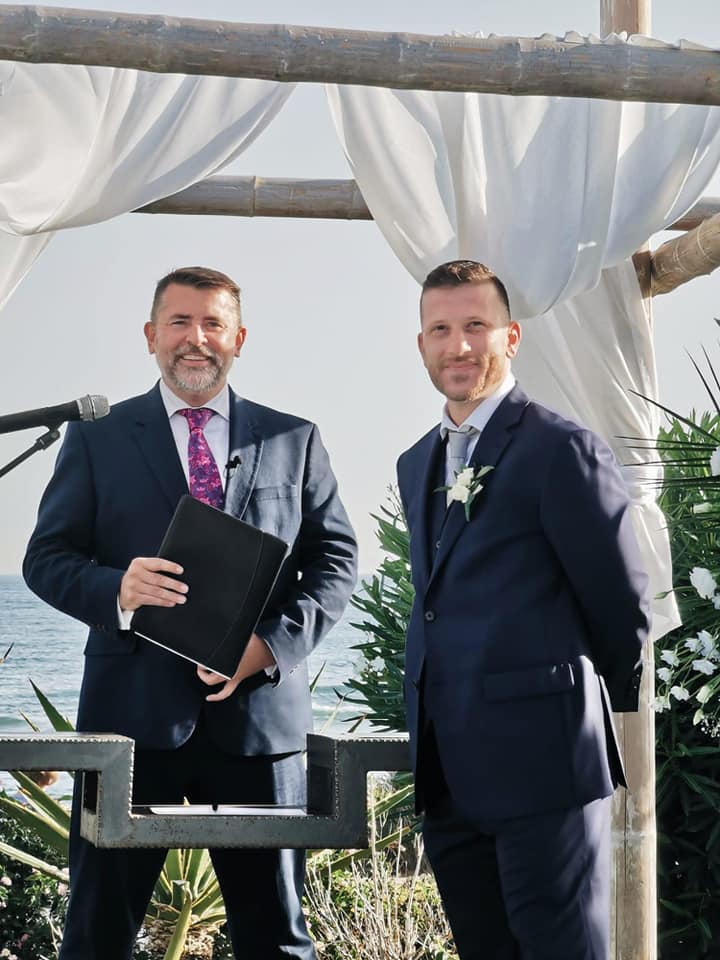 Do you tend to work with a standard set of wedding vows, or are you happy to accommodate tailor-made wedding vows, which a couple have written themselves?
I’m always happy to accommodate any wedding ceremony elements or a completely pre-written script. Nevertheless, more often than not I find that couples are looking for some guidance in that regard so I have a ceremony that I recommend as a starting point to which we generally add additional personalized elements such as readings and Unity Candle ceremonies, or similar bespoke aspects. It’s really all about what the couple has in mind for their special day.
We find it incredibly heartwarming to have experienced an increase in same sex wedding bookings, and we know that you have conducted a number of same sex ceremonies. How have you seen equality and acceptance change when you look back at your career as a minister?
Seeing as I’ve only been a minister for 5 years, I haven’t seen the landscape change that much. It’s always seemed quite natural to me to be the celebrant at a same sex wedding, no different than a traditional opposite sex union. I think it’s great that everyone can experience matrimony free from any kind of judgements or persecution.
How would you help a bridal couple to calm any pre-wedding nerves in the run-up to, and on the big day?
I think the most important thing is to have regular contact in the months and weeks leading up to the big day. Whenever possible, I try to meet the couple at least once in person in advance just to get to know them – and any family members they may have coming along on their visits to the Costa del Sol. Going over the ceremony multiple times and setting the ceremony document up as a shared document in Google Drive always helps the couple feel as if they are in control of the ceremony, so they can get very familiar with everything we’re going to do and say on the big day. On the day itself, I find just a little bit of humor with the groom at the start of the ceremony goes along way to relieving tension and calming nerves.
Do you prefer large weddings, or small and intimate ceremonies?
I think the ceremony of under 100 people is ideal, but I have no qualms about doing larger ceremonies than that. Although, rarely have I had occasion to. 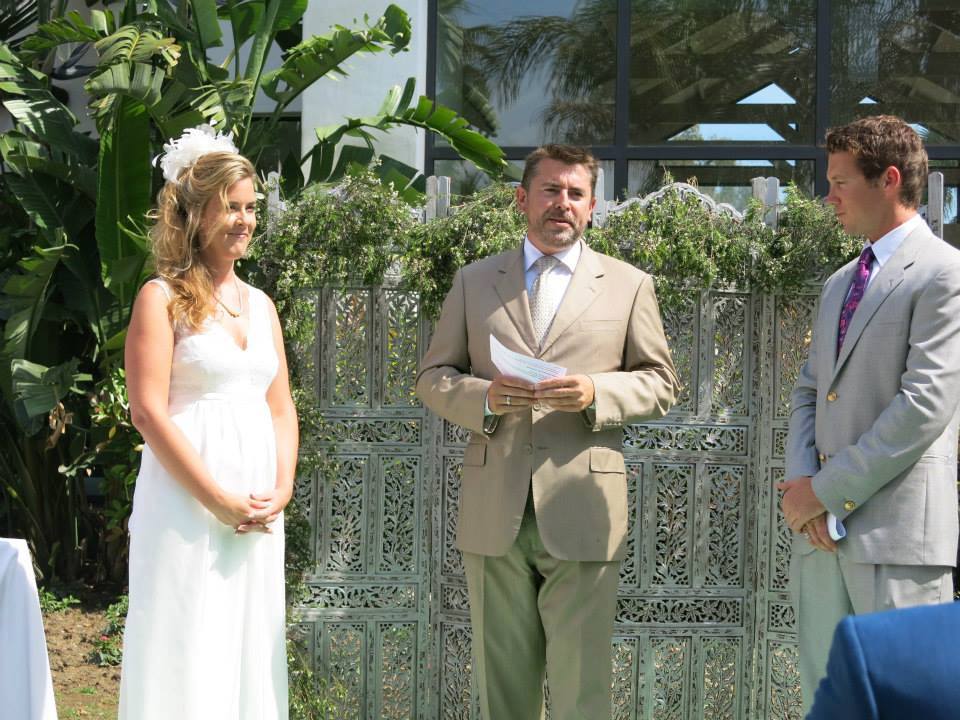 How early do you tend to get booked up for peak season weddings?
I guess that depends on how forward thinking the couple is. I’m already scheduling ceremonies 18 months ahead of time at the moment but sometimes I’ve been booked in as late as 3 months in advance of the wedding day and that’s still plenty of time to put together a terrific ceremony that the couple will always remember fondly.
On a personal level, how would you describe your ceremony style?
I would say my style is relaxed, happy, and slightly jovial. This is already the most important day in the couple’s life. There is no need to make it the most tense as well. I would like to think that the couples I have the privilege of uniting enjoy the experience as much as their guests.
July and August weddings can be very hot in this part of Spain, how do you prepare yourself for a ceremony in the extreme heat?
Linen suits and plenty of water! It also helps if there is a bit of shade, which is something that I appreciate about Sunshine Weddings Spain. They always make sure we are shielded from the intense sunshine.
Our pleasure! We love working with you, Gareth, and thank you profusely for such an insightful window into your world. Here’s to more of the same very soon!
Prev
Next