It’s a pleasure to share our recent chat with one of southern Spain’s most in demand wedding performers; the one and only David Cale, whose memorable melodies have provided the backdrop to many a magical moment in this part of the world.

Let’s find out more about David’s background, influences, and the very unique sound he brings to a Spanish destination venue wedding… 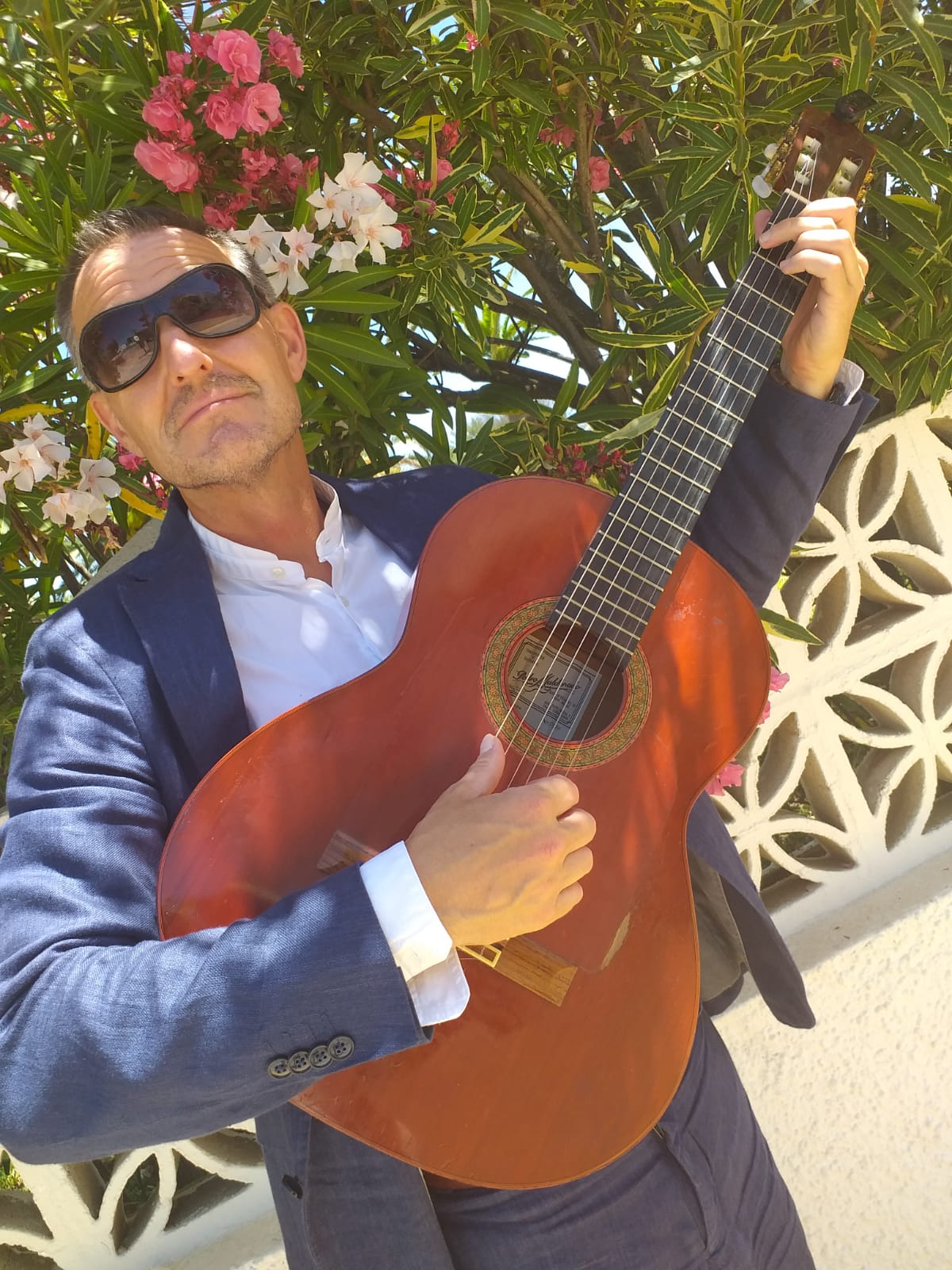 I started playing guitar in my home town of Pontypool in Wales at the age of 9. I was inspired by a concert given by the great Spanish classical guitarist, Andres Segovia in Cardiff. I achieved grade 8 guitar by the age of 13, and used to play in Eisteddfods and competitions in my local area. I then went on to University to study music and achieved a BA in the subject. After that, I moved to Andalusia to study flamenco and to pursue a career in music.

I have been working in the wedding industry for 6 years, and I am inspired by so many guitarists; John Williams and David Russell on the classical side. In flamenco there are so many great players; Moraito, Paco De Lucia, and Paco Jimeno. Pat Metheny is a genius in the jazz world, and Tommy Emmanuel is a hero of mine. I was lucky enough to see John Scofield in concert in Malaga – what an inspiration! 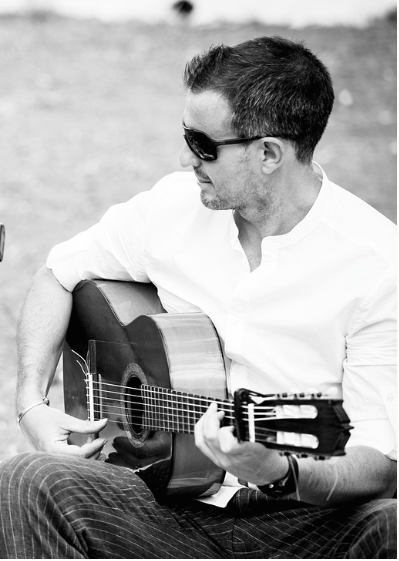 I love playing in any venue close to the sea. Often when I am playing I have views of the sea one way and the mountains in the background. This is when I feel so lucky to do this job!

My most memorable wedding of 2019 was playing Cavatina as the bride walked down the aisle in a beautiful venue in the mountains above Malaga. The bride had personally requested this song, and it felt really good to play music that was clearly important to this family, who were really into music. Playing the cocktail hour for them was an absolute privilege.

I often perform with other musicians in various styles. I play in two cover bands – one which is rocky, the other more chilled out. We often perform in restaurants and bars in southern Spain. I have also played banjo in the Costa Del Sol Jump band! In addition to this, I am just about to embark on an acoustic project with a female singer. 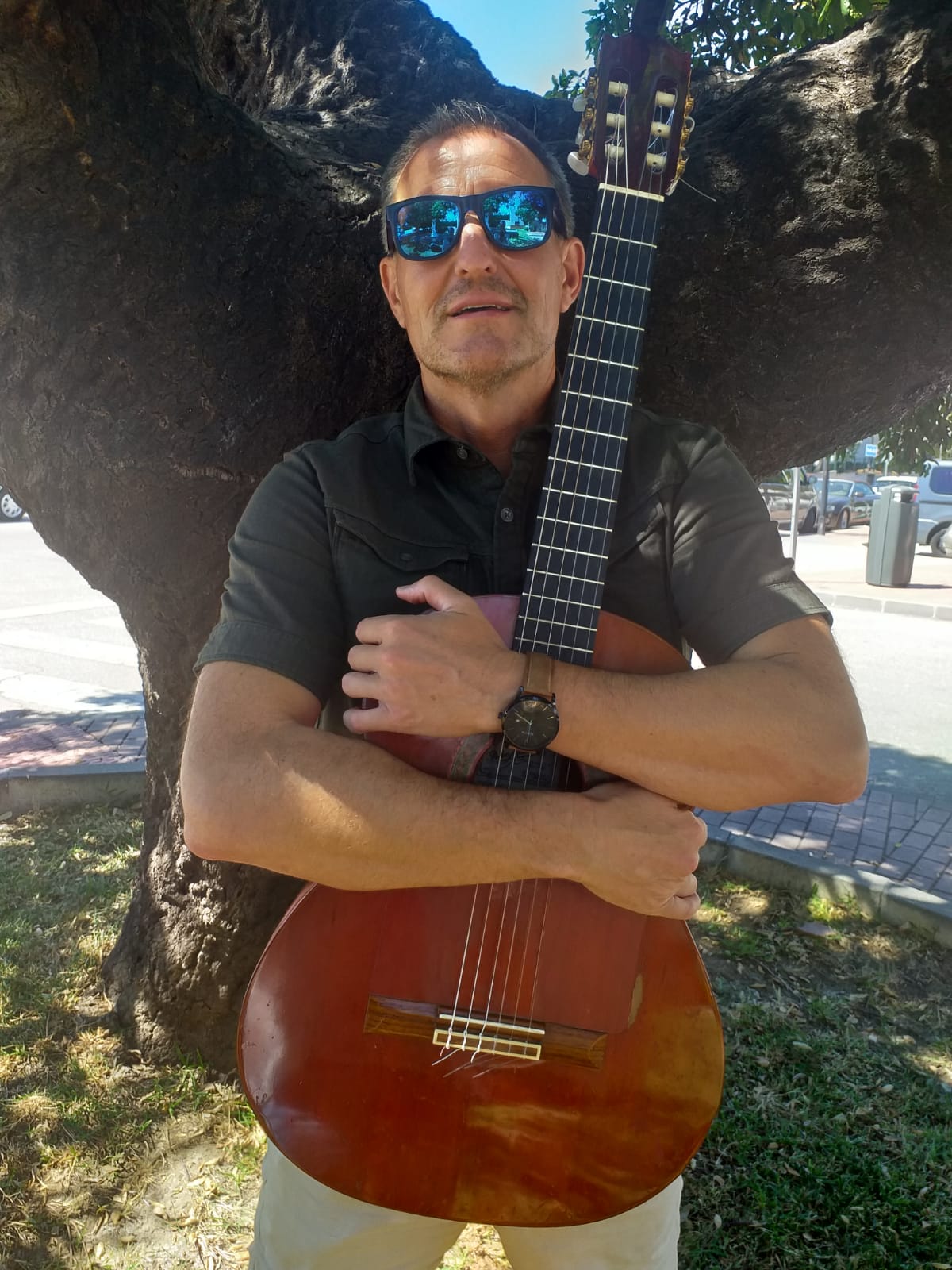 I do have a set list for my wedding performances, but I also enjoy tailoring the music to the client. It is a great feeling playing music that the family want to hear!

My style reflects the music that I love: classical, flamenco, jazz, blues and pop. Over the years I have definitely got a feel for what works and what doesn’t! I try and mix the more serious classical pieces with some lighter tunes (maybe some Beatles) or something that people know.  I may play a flamenco piece but I’ll follow it up with something Latin and upbeat. I also improvise a little using a looper pedal, and this allows me to play some Gypsy Kings style songs. The idea is to play quality music. Something that transmits joy to the listeners and gives a relaxed but special ambience to the event. 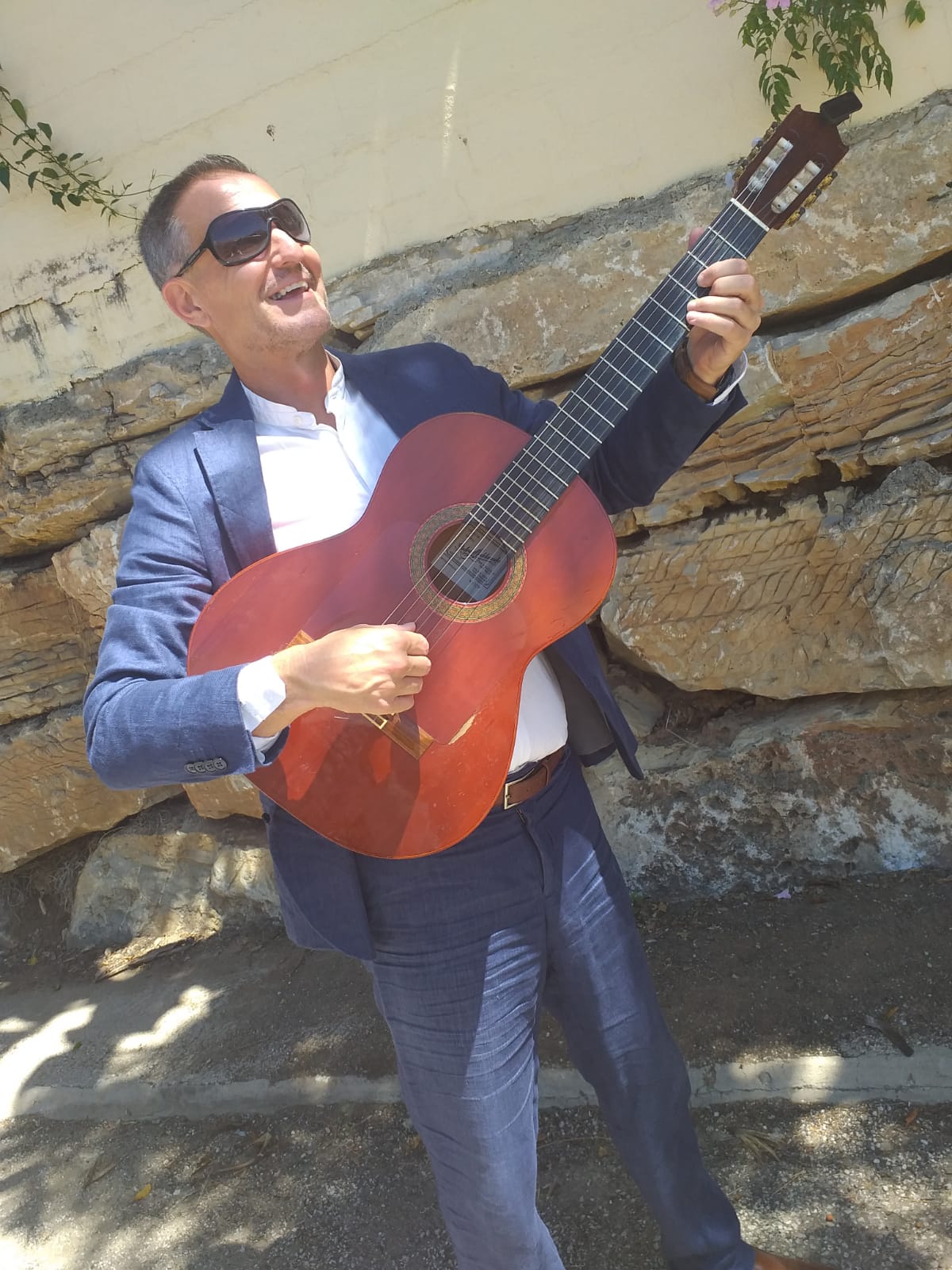 In April of this year, I was supposed be performing at the Skybar Veramar in Fuengirola, as well as various restaurants in Sotogrande port. In May we even had a bikers’ event in El Palomar… sadly Covid-19 put a spanner in the works there, and everything gig-wise was sadly stopped. Thank goodness things are beginning to pick up now though. Next week I am back playing at the Skybar Veramar. The following week I’ll be in Plaza Victoria in Marbella. I will also be playing in an Argentinian restaurant in Guadiaro throughout the summer.

In the second half of 2020 I would still love to go into the studio and record! I am also planning to build a website to promote my music since I am presently writing some songs and hope to collaborate with a singer to perform and record these. 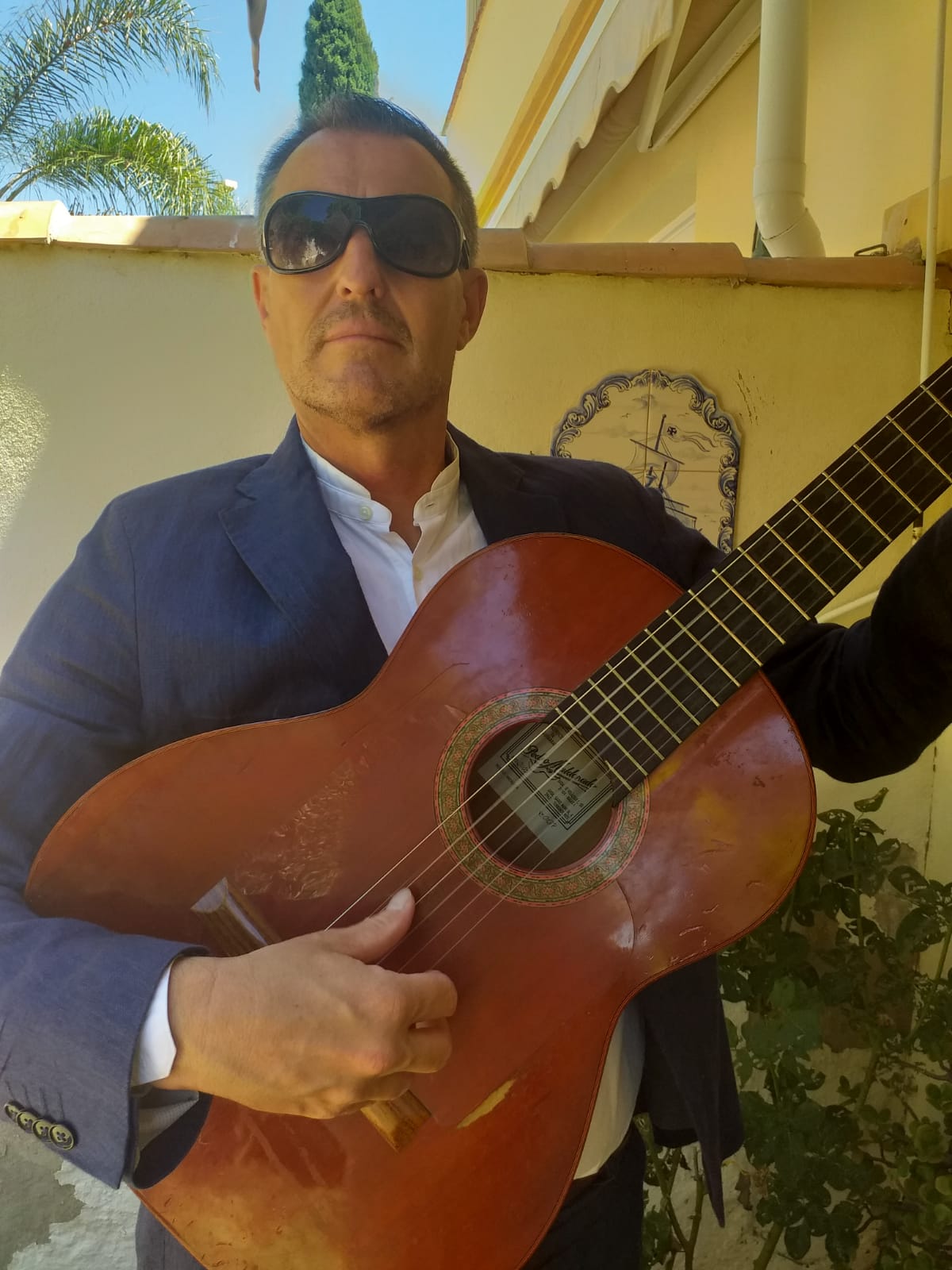 Thank you so much, David, from all of the Sunshine Weddings Spain team. We look forward to working with you again very soon, and wish you every success with your up-and-coming events!