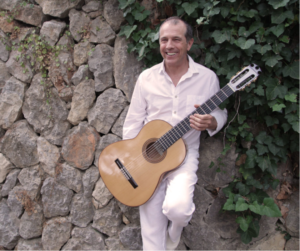 Immerse your wedding guests in classic flamenco-style music on your wedding day with the amazing Spanish guitarist in Mallorca Javier Montagud. His deeply emotive playing, attention to technique, as well as a notable performance passion leaves and impression on everyone.

Javier Montagud was born in Barcelona. Growing up, there was always music around the house. Javier’s mother would sing South American songs and play guitar, whilst his father often sang along with vocal harmonies. They were both very passionate about music and this was passed onto Javier. 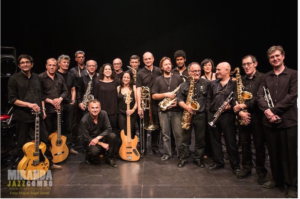 A major turning point in his life occurred when he was 16 years old and he heard Paco de Lucía’s album “Fuente y caudal” for the first time. It featured the famous song “Entre dos aguas”, which spurred Javier to start playing the flamenco guitar.

Juan Segura López, who is known as a passionate guitarist at the tablaos flamencos in Barcelona and who is an admirer of the master Sabicas, then started to teach Javier the basics of flamenco guitar, the different techniques and styles. Eager to learn more, Javier spent a winter in Morón de la Frontera, where he studied under Dieguito de Morón, who brought him closer to the tradition of Spanish guitar and culture. He then went on to study with Remolino Hijo in Barcelona, and visited the Aula de Música Moderna y Jazz, where he took lessons in jazz theory and harmony. 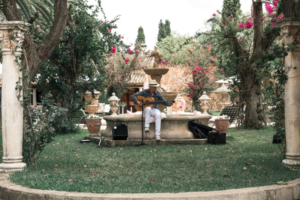 After moving to Germany, he founded the guitar duo “La Menta” with Martin Kuhlmann, and played as solo guitarist with the band “Diegos Canela”.

Later on, he collaborated with German voice-over artist Hubertus Gertzen on the literary-word/musical project “Under Spanish skies”, and went on to work on the show “Oh love, in thee I live and die” with Gudula Gertzen. He performed with this show in a number of theaters and had guest musicians ,including Olga Zedjaeva, Günter A. Buchwald and Barbara Lenz. 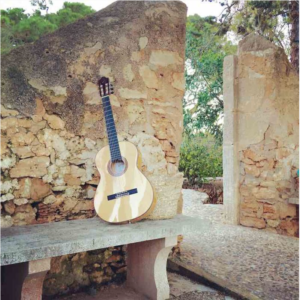 Javier now lives on the beautiful island of Mallorca. His main occupation is playing solo Spanish guitar and performing regularly around the island at weddings, events and different private celebrations. He is also part of the Toni Miranda big band.

Javier plays flamenco, classic, rumba, bossa nova, boleros, jazz, and of course the bridal couple’s favourite song, whatever that may be. He can be booked to play as a soloist or as a duo with a fellow guitarist. Pairing Javier with a singer is also an option. 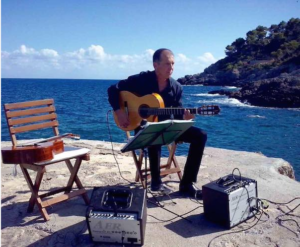 Javier is able to customise his sets to fit the bridal couple’s needs and loves to be asked to learn a special song for them, making it an unforgettable experience for the newlyweds. Being fluent in English, German, French – and obviously in Spanish – Javier has performed at weddings all over the world.

By booking Javier Montagud to play at your wedding, guests will get to enjoy the authentic sounds of Spanish music performed by the naturally gifted guitarist whose talent is bound to take everyone’s breath away. 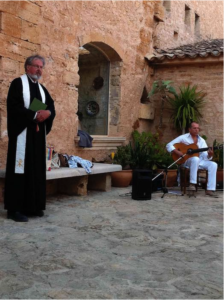